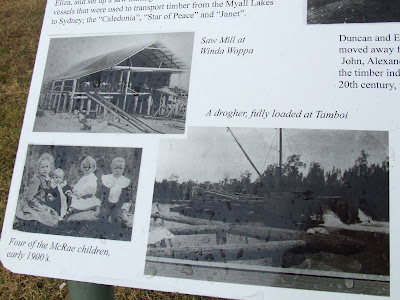 A bit, sort of, about Tea Gardens and Hawks Nest has been an idea for a while. However, the topic has, sort of, been gazumped (which is of minor importance) as the area happens to be getting publicity lately. Round the time of visiting there, a very upsetting incident of cruelty and neglect was publicised and my interest in Hawks Nest was shelved. However, although I am not an/a historian or a writer, some facs about the genealogy of Tea Gardens and Hawks Nest will be set down here. 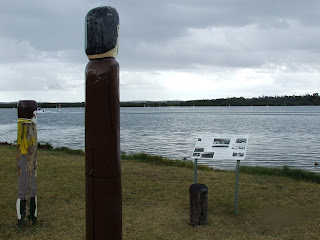 Prof Steffen Lehmann of University of Newcastle, tells us about maintaining a sense of memory when it comes to Heritage. Heritage cannot be reproduced, he said. Yes, new work or renovations can be so perfect that they looks phoney. It is interesting to hear him put a name to the impression that is found, namely 'disconnected from place' when places all turn out looking the same with a loss of what's local and a loss of identity.
The prof will lecture at the City Hall tonight at 6pm on .....Sustainable urban growth.

Maintaining a sense of memory, the Pioneering Poles: stilted figures, still and isolated, kith and kin of the timber trade, watching the seen. Rediscovery of the family, after decades, has led to this embedded wooden group and what did they saw?
Industry and noise, work and play, sore-dust, saw-millers by the shore while the tree rings out, clawed into the saw blades.
Ancient, noble timbers, sequestrated carbon, shipped away, now found prostrate on an Indian rail line or lining a building in England. 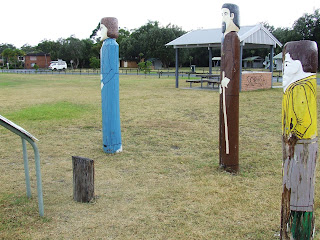 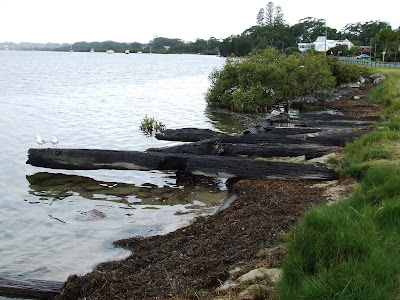 Remnants of a jetty with a load bearing capacity licenced to carry a white see-gull and its brother. The story board tells of the pioneer's household and the planting of pine trees which maybe those tall trees in the background.

The patriarch pioneer was only 14 years old when he arrived from Stroud in the UK and began the timber trade. Eventually, three vessels were used to transport timber to Sydney. Timber work ended round hundred years ago and the family changed to the fishing industry, on up to the present day.
The twin towns of Tea Garden and Hawks Nest have seen amazing treasure on their waterways.

On higher land around the district, away from the lakes in the rainforest brushes, red cedars were felled. From Karuah to Mount George and Gloucester down to 12 mile Creek timber getters worked away.

Around Winda Wopper the timber mills were fed by loads carried by Droghers or steam driven punts. The mills became steam driven. Taylor's mill at Winda Woppa was large and was there till 1953. The Booral Company began thereabouts.

Hardwood was another treasure which was in demand with the development of railways and was shipped out to India. The axe men became expert at producing lots, such as, 1500 rail sleepers each week - by hand. Pavers were made for London.

Steam locos came into use in the Myall to carry the timber and workmen travelled ontop of the rolling stock - that is, massive logs on axels and wheels - and they controlled the long load using ropes and leavers in daring feats. Footage is recorded in old movie of a train thundering downhill. Tall timbers by Ken Hall in 1937 is one such film. Timber works operated around the Myall lakes and beyond.

The information is from a local historian who is with Parks and Wildlife.

Picture below: The singing bridge links Tea Gardens and Hawks Nest. Before this was a ferry which crossed where the concrete slab is shown.

Older federation timber houses are in the township and development is changing the scene on the banks of the waterway and estuary of the Lower Myall River with the Myall lakes 18 kilometres upstream.
A classic little old weekender is shown. 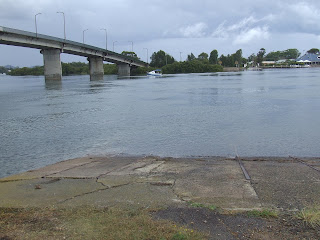 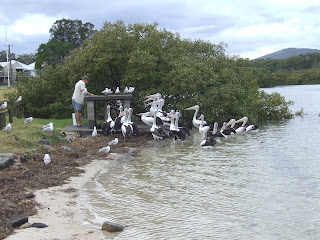 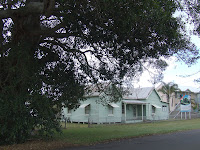 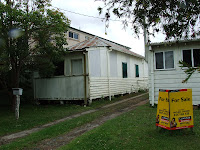 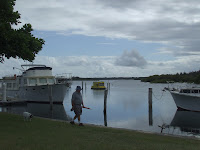 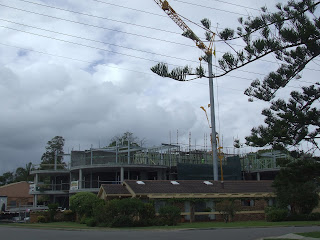