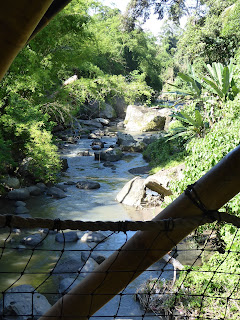 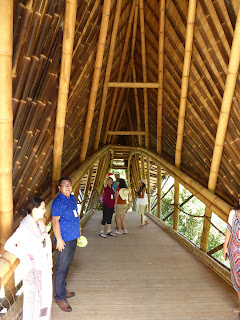 The idiosyncratic Green School is beside a river spanned by bamboo bridge. Nearby, a smaller suspension bridge was maths project.
Students participate in school activities that are not risk free that would send our protective parents into a frenzy. 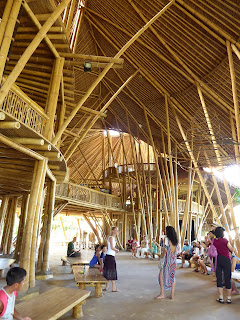 This is notable.  A bamboo creation at the Green School, Bali

Somewhere out of Ubud. I can't take its exhaulted reputation too seriously.
Posted by julia at 12:02 am No comments: 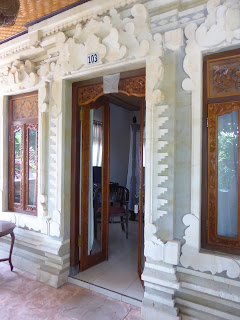 It is confusing when the accommodation and the dining area is akin to a Balinese Hindu shrine. And is appealing.
Vast numbers of Hindu sacred spaces are all pervasive. In monumental stone work.
Perhaps it is true to say that the built environment is made up of fifty per cent as habitation and fifty per cent as shrines.
Posted by julia at 4:38 pm No comments: 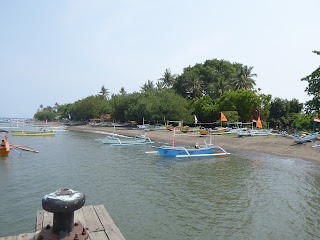 Fishing boats on the north coast of Bali where a lot of fishing is undertaken.  The water is shallow with a reef hence there are no breakers.
The catch of the day is often a very large fish with character and is good eating they say - mahi mahi.. 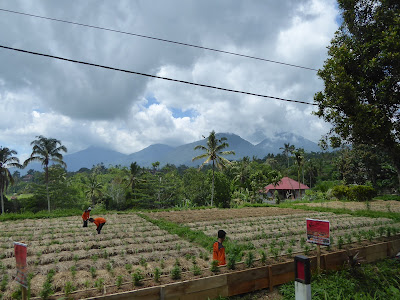 Large coal deposits are held by Indonesia and coal export is big business.

The road over the hills to the north coast is a great drive passing mountains lakes and forested areas and is a way of leaving the claustrophobic suburbans areas of Bali in your wake.
Posted by julia at 9:30 am No comments: 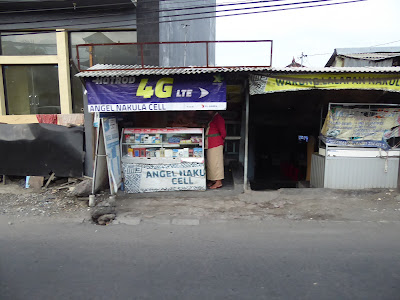 The wonders of Wi Fi result in a photo on this blog from further afield.  Wi Fi is nothing new.
Any nation worth its salt has Hot Rod 4G Lte connectivity. 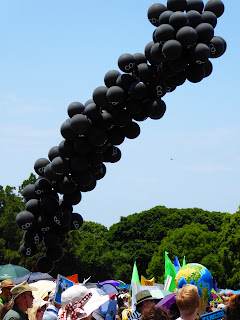 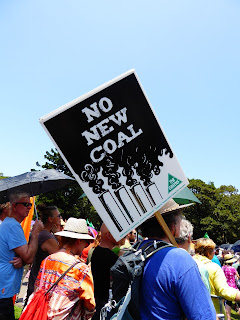 Peoples Climate March Sydney
Australia was given the FOSSIL Award in Paris yesterday.  A well earned award.
Direct Action
Persons have stopped some coal export from the port of Newcastle by chaining themselves to a conveyor.   According to news reports they face arrest and believe it is a small price to pay. 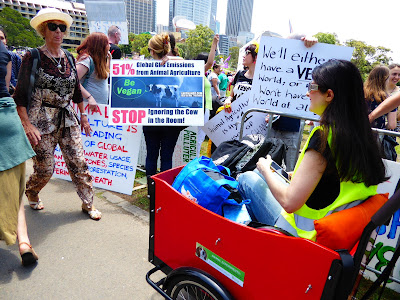 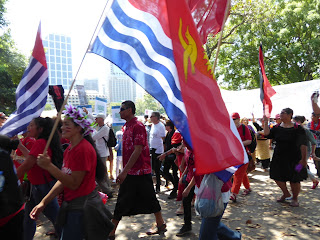 Pacific Islanders in the People's Climate March. A mere billion from us to them over several years and out of the aid budget at that.  At the same time as our country contributes, unabated to climate change we are paying the Islanders to cope with climate change and rising sea levels.

UN Climate Summit, Paris.  In Paris, the rhetoric from Turnbull is grand.  His policies are weak and mild. Where is the so called innovation?  Mr Turnbull: you are not listening. 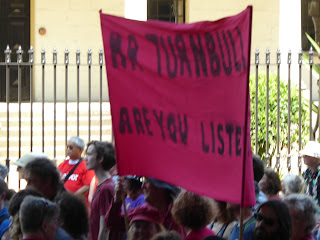