The seaside has clifftop walks to enjoy at Aireys Inlet, Victoria. The walks continue to other localities along the shore.
Posted by julia at 6:16 pm 1 comment:

Part of the Surfing drawcard in Victoria. Clear sunny and free of drama today.
Posted by julia at 3:58 pm 1 comment:

Old and new.  First nation perform.  Phones on. A wellness walk led to Civic where the stands had  themes of mental health services and community care along with entertainment and lunch. Consider that one in five has mental illness.
The demand for services is difficult to meet and funding is important for this illness and just as important as all the other heroic treatments for physical conditions we hear about.

The well known scene of a child and a parent who is continuously on a mobile came to light in a cartoon. The reality was too much to take.  With one in five at risk has an issue been uncovered?

Dining in Shoal Bay was not hard to take on a sunny day at the very popular hotel. Could be the old country club has a new name, the old name went well and the post war or earlier building is of age uncommon in the bay.
Posted by julia at 6:51 am 1 comment:

It was serious yet predictable. The columnists in a Sunday paper all attacked and repeated the same 'shocking' outcry about the protesters who seek more action on climate change.
A request from Ita for more diversity in the media (!) was the last straw in a society 'plagued' by multiculturalism.
As well, alternative energy as constantly seeking subsidies.....academics as lefties!
Extinction rebels provoked these adjectives: puerile, juvenile, small minded, brainwashed, questionable hygiene, socialists, angry fanatics, dole dependent, misfits, pathetic.

It is all written for effect, no thinking person could hold views such as that.

What responsibility is taken by the newspaper for misleading readers?  For failure to provide reliable data, failure to provide data from a number of sources.  For spreading half truths.
For failure to lead society to consider fine new developments for our benefit.  For failure to lead in directions that are inclusive and with high regard for all to enhance our mixed society and our mostly bountiful lifestyle
For failure of attitudes to protect our people, our lifestyle and our  environment and secure the future.
For failure to extend honour, safety and inclusiveness to citizens not just to footballers, or to Assarge and ocker Australians but extended to all citizens of all backgrounds and despite their mistakes.
For disrespect for refugees, and unhelpful mean spirited attitudes.

For offering unending support for big industries at the expense of all others.
One Columnist, Claire Harvey, was not anti-climate rebellion, in theory, but goes on with insulting ageism, older citizens are free to react as they wish, perhaps, true as entitled. I think the protests are then likened to tactics used by the Chinese government ethos and Hitler which is a ghastly comparison.
Protesters, Greens and climate change proponents must be seen in comparison to the powerful forces of government, industry and media who outweigh them ten times over.
It is a matter of proportion in terms of criticism.  Outlandish means are naturally used by protesters, to make protest worthwhile.  Their numbers are few so impact is exploited.
Another column is headed growth isn't the answer. What is the question? Is economic growth a problem?  No, the real point is made against an increase in migration. No reasons why an increase is a problem.
Migrant ghettos and non English language and gender issues are the result of multiculturalism we are told elsewhere.  Just the same, for example, I wonder how many foreign correspondents gravitate to a respectable enclave overseas with like-minded folk  It takes an open-minded Australian to fully adapt themselves into a foreign culture, others expect to replicate a lifestyle identical to the one they left,  yet some critics expect total immersion from an immigrant new to Australia. Try learning language later in life, it is very difficult. How many Australian-born go the extra mile and learn a language spoken by any migrants group? Gender issues are not raised out of concern but for criticism.

Fair go, for all these reasons, some newspapers such as News Corp fail us at the same time as they need support and more readers to secure their future. 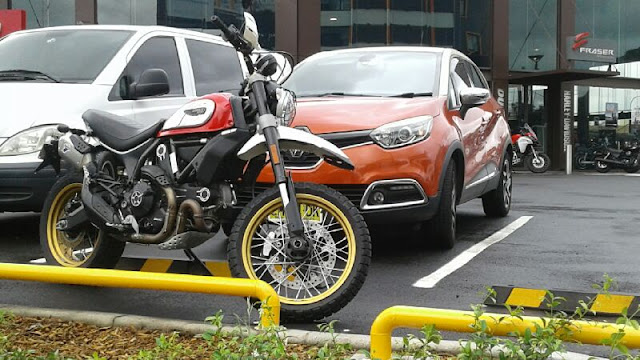 In today's paper, the message in one feature was about the failure of the government to adequately deal with drought which is a valid point but it was used as an excuse to rubbish climate change.
(Forget about protestors - they were totally beyond the pale (in other pages).
The columnist was recently admonished for insulting a P.M. and it is just as bad to write denial of climate change science and to roll that into criticism of two government ministers who spoke of belief in it.
It is explained that the ministers saw links between climate change and causation of drought (I missed hearing they made that link) and as such makes them incapable of managing a response to the plight of the farmers.  I fail to see why that specially makes them incapable and they can be incapable for a variety of reasons.
Two entities are pointed out who refuse to publish climate denial - shame this hint is not taken up.
The scientific method is discussed and how it provides the best explanation at the time - all the same, the explanation is not accepted by the columnist.
The subject of drought is argued to have no links with climate change and Prof Pitman, for one, is quoted. This does not deny that the overall picture is one of change to various aspects of agriculture. In other media Pitman can be heard explaining all aspects of global warming while rainfall prediction is seen as unclear.
Shame certain words are written to sell newspapers and to protect and maintain the status quo at any price but that's News Corp who has too many irons in the fire nation wide which spread this gospel far and wide if newspapers still rate, I mainly see this paper in the coffee shop.
Posted by julia at 10:20 pm 1 comment: