Wind turbine blades then bolts that hold things together.

Nationally, the incidence of Canovirus is minimal except for 288 active infections in Melbourne which is under vigorous investigation.
An innovation is making it easier to test in the community. An alternative saliva virus test has been introduced in a small number of cases. The test developed in Melbourne at Doherty Institute and validated by overseas researchers processes a small amount of saliva by the same method as the existing throat PCR test according to a local principal  researcher today. Comparison to the throat swab test is in process.
The throat test itself is not totally effective yet best there is while the saliva test is 87% effective due to fewer virus in saliva but is easier and useful in those who have objections to testing or have other difficulties. The processing is done within three hours of collection.
Posted by julia at 12:08 pm No comments: 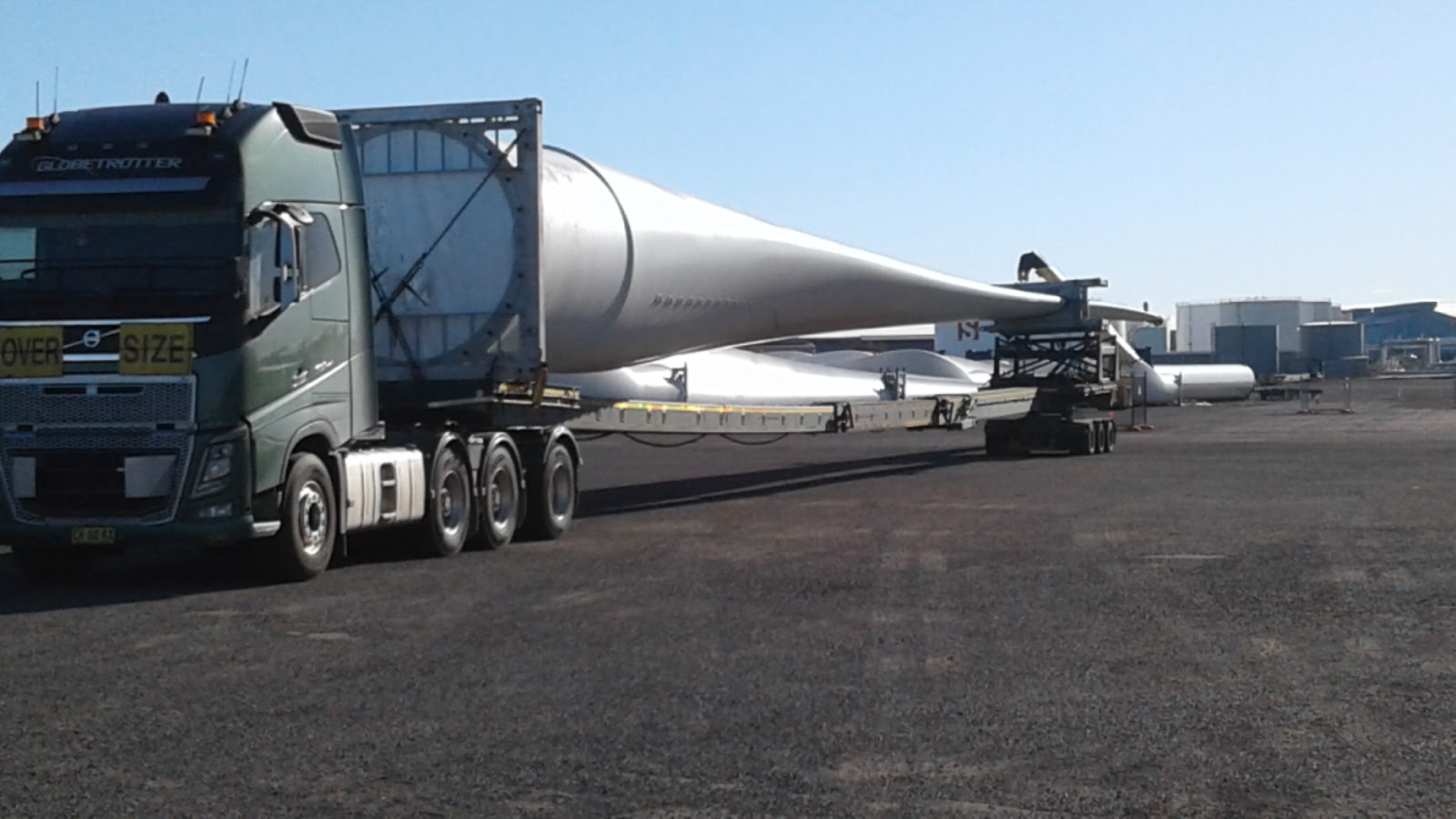 wind generators. Shipment to Port of Newcastle. Ultimately a whole field of towering alternative power generators destined for, believe it or not, Collector in  southern NSW.
Posted by julia at 1:32 pm No comments:

do we live in the garden of Eden?
SBS TV showed the film The Sacrament about a cult that ended in mass tragedy.
The leader was adept at manipulation .  In that way Trump is very reminiscent of him even down to the thousands who fail to survive the pandemic due largely to mis management.
Unlike criticism of China for spreading false info, the USA escapes criticism for being way out of line.
Posted by julia at 3:28 pm No comments:

from the urban scene....
Pompeo announces that attention will be given to the wronged international journalists.
Will he really try when journalists get a bad rap from the white house?
Good reporting is all there is against the orchestration of news by the sly and sinister manipulator president Trump.
Posted by julia at 9:32 am No comments:

solar energy is a winner.....
BLM is a very important issue. It demands support.  Better to protest in the future, not during a pandemic.
Australians have died in custody, it is a horror which will continue to be addressed and justice will develope. Although urgency is due we are not forced to conflate the two situations right now.  We are not Americans.
Seems disappointing that we  toed the line at the heigth of the lock down but now act without prudence. Objections around freedom to protest dont hold water somehow the reasoning does not work.
If more of the efforts to hold a protest, no matter what, were put into sustained constructive work to overcome injustices for the Aborigines then all would be better off and safer.
Posted by julia at 3:38 pm No comments:

first nation attire....possum skin cloak.  The making of this once commonly worn item was revived for wearing at an important civic  ceremony in more recent times.  Worn from birth until buriel the cloakes were marked with the totem and country and other points about the wearer.
An official objection will follow the mishandling of Australian journalists reporting the riots in USA.
Why would Trump et al be concerned? Journalists are mocked and supressed. We know the truth is called fake news by Trump.
Reporting is important but an issue low on the agenda in a nation at war in a pandemic.
Much bigger racial and health issues are one disaster while Trump and administration are another. With friends like that....
China will probably be a semi democracy in some years time, the Chinese people will choose change of government and human rights. Do we need to stand off and get in scraps with them while tolerating an equally alien mystery that is the USA.
Posted by julia at 1:01 am No comments: