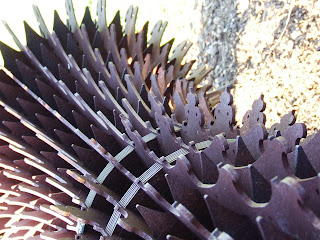 Democracy?  I see evidence that voting decisions are based on vibes meaning some nebulous thing that is latched onto. Policies and achievements don't count with the masses. People remain impervious to the messages from stacks and stacks of media.  It is amazing to observe.

Ours is a post modern election.  All the usual policies are on the go, it has all been done before. The real scope exists for higher order ambitions.

In the meantime let the unthinking, self-centered, self-complacent, insular voters invoke Howard years and vote against a  prosperous renewable future; stand against carbon trading;
turn their back on climate change - not only turn their back but rubbish it;
gladly see foreign aid cut - at least our highly successful economy has the right priorities they say - and agree to squander the aid on punishing refugees invoking Ruddoch. Good one! It is back to the past.

Email ThisBlogThis!Share to TwitterShare to FacebookShare to Pinterest
Labels: elections