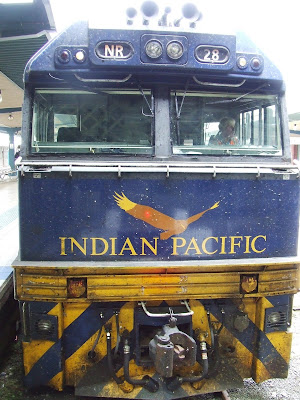 The Indian Pacific train was caught idling low and powerfully at Central, Sydney and the engine was dusty with desert sands and insects, afterall, it had traversed the continent west to east and after several hours it will shunt around and repeat the journey which is long, for example, departs Sydney on Saturday afternoon and arrives in Perth Tuesday morning.
Global financial meltdown not withstanding, the fares range from $289 (concession) to $1920, one way, recliner seats or cabin. Your car is also transported for a fee. Great Southern Rail is at www.GSR.com.au


The Ghan is another train which travels north-south, from Adelaide to the deserts and the red centre up to tropical Darwin which takes two and a half days.
The Ghan as in Afghan recalls the Afghans who were important workers in the early years as camel handlers. Large herds of feral camels now roam the inland. 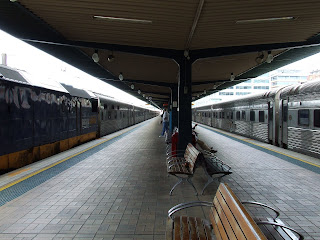 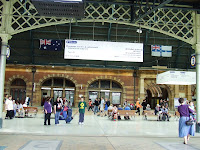 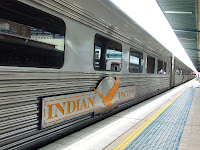