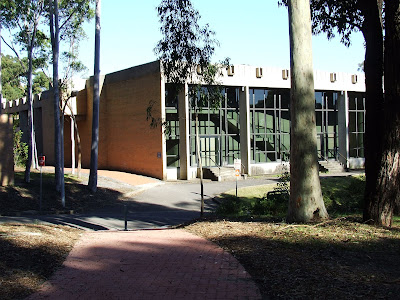 The Hunter Building at the University of Newcastle is not shown to advantage yet it has style and while it appears unobtrusive it has a number of levels around courtyards and has interesting twists and turns and is a mini-university all under one roof.

About 1971 the Teachers' College occupied stage one of this site which after a few years became known as Newcastle College of Advanced Education with Griff Duncan as the foundation principal. In 1985 the last links with the Union Street site were severed.
A multitude of buildings were developed and another change of name to the Hunter Institute of Higher Education came about but was in vain. After 40 years of teacher education and an enrolment of over 4000 a White Paper governmental policy led to amalgamation with the University of Newcastle, next door, in October 1989. 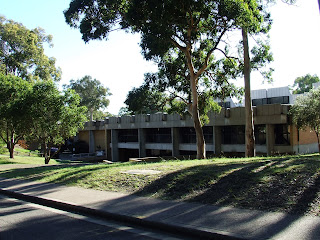 Hi Julia! Nice series of the Hunter buildings! But my favourite this week is the winter beach; what fabulous light you caught!
Have a great weekend!
Blogtrotter