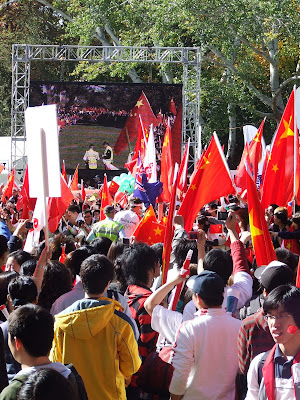 The Chinese and others gave a rousing welcome to the Olympic Torch as it reached its destination in Canberra.
Just a jump to the left..... lets do the time warp again.... had we joined in the Long March?
As if uplifted by Bruch's First Violin Concerto, orchestrated crowds responded with song and flag waving. It was powerful.
Overnight, busloads of students from Sydney and Melbourne etc had arrived to witness the Journey of Harmony and naturally were full of fervent sentiments.
The Tibetan supporters were shunted to one side and a standoff was controlled by police who stood between the vitriolic shouters and the chanters.
My compatriots were few and far between and the air was tinged with alienation (or is that from Canberra itself) but one could enter into the spirit and chat with a number of the visitors; sip Chinese tea tasting; enjoy very very good singing from the Samsung Choir; see drumming and dancing by a clever Chinese troupe and leave before Shannon Noll took to the stage. 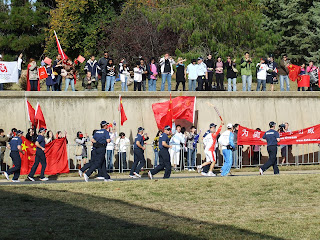 No, its not The Great Wall Of China! 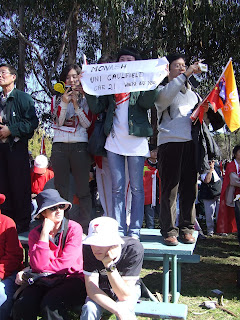 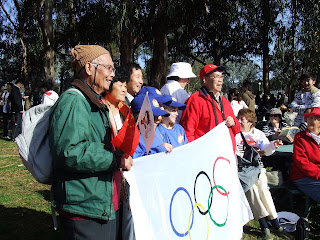 7.35am/5 degrees C says the ABC Media: an early start was appropriate due to the spreading road closures for the relay to take place and for a day of exploitation.

For things Chinese, an old film, 55 Days At Peking, (now Beijing), for all its faults, has a sense of history and is entertaining - up to a point. Made in Spain in 1963 the celestial throne room still has a commendable air of authenticity. The grand tale of the Boxer uprising probably has its inaccuracies and revisionism yet gives us an insight into the glorious past. The first half is best, there is no sex and there is a type of violence and one scene is something of a predecessor of Kill Bill. 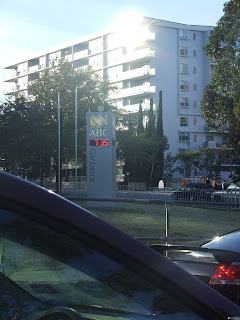