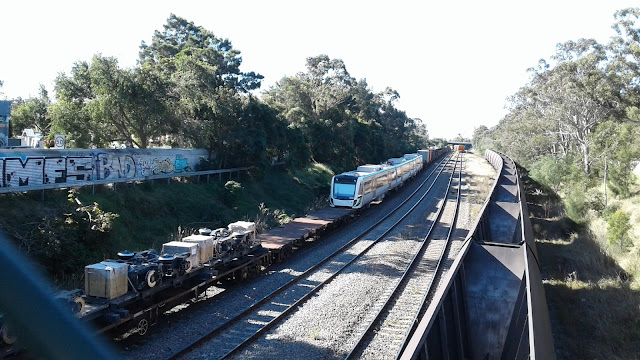 Is it possible the new Hunter Street light rail rolling stock crept here today?  No? As part of a freight train, new carriages and a load of wheels was seen on the move near Tighes Hill, as was a coal train heading back for a load. Coal prices have risen, the bonanza continues and we 'fiddle while Rome burns'. Thinks massive ice burgs on the move and sea levels.
Trump fiddles while Rome burns.  And what has Putin done?  That US leaders are provoked and react and complain about the actions of their president in response to Putin and would be a 'good' result as far as Putin is concerned he might be pleased he has caused more dissent in America.
Does protest (London) fall on deaf ears?
We have enough on our own plate. Dictators and authoritarians are lapping at our shores.

It's becoming a nightmare.

Many GOP politicos are so scared of his base that they refuse to stand up and do what's right. And at this point, every single day that they continue to do that damns them all the more.