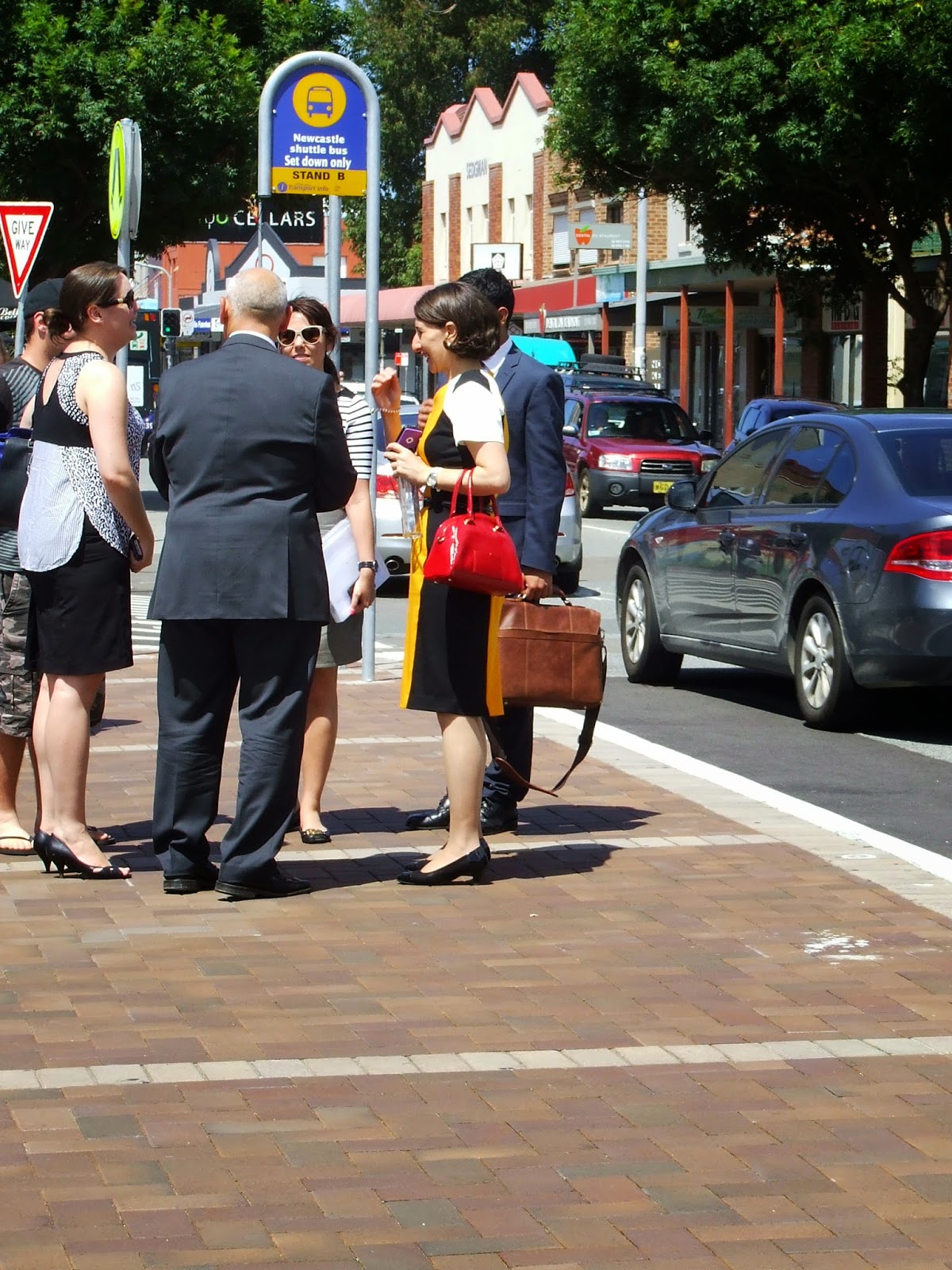 Minister for Transport, NSW, with red handbag, was trainspotting today and electioneering on the local rail, plus bus, network.
Save Our Rail group was on the ministers path to Hamilton station where she caught the Telarah éxpress' for the Maitland area.
Not much action occured hence the substantial police presence was not overworked.
Slightly more interesting photos failed to process.
What status does Newcastle have in state budgeting?  The rail in Western Sydney has a number of extensive rail and bus interchanges. They are nothing new in Sydney.  Of course, the population there is much higher. Decentralisation would be encouraged if more resources came to the provinces.
Posted by julia at 12:50 pm

Dang, look at that greenery and sleeveless dress. Missing Hamilton (lived on Buchanan). Something like -20C here in Pittsburgh this morning. That'll freeze your coconuts!

Thanks for the news. Dang? On Buchanan? That's no good, were you homeless? Coconuts don't do well in Newcastle let alone in sub Arcticia. But I am being disingenuous.

Maybe you're thinking of another Buchanan? Buchanan in Hamilton is a tidy one block street bewteen Samdon and Blackall, just off Gregson Park.

I read you. Sorry. I was being trivial.