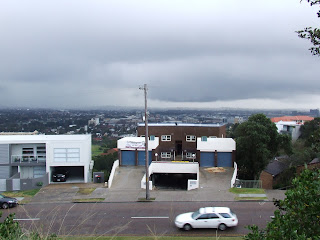 What would Jeffrey Smart make of this?  Spot on focus for a start.
Storm chaser.  How the east coast low failed to eventuate in full force. 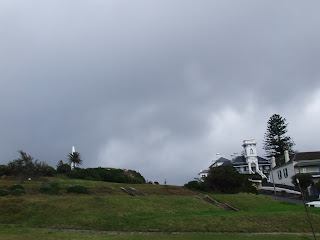 Has the rain affected those naughty copper phone wires?  My high speed broadband just fell to 1bps for a while.  The upload line skips along then receeds then its forward again.  The NBN and fibre optics should be light years ahead of Mr Turnbull's copper wire revision.
On the other hand, for all its wonders, the internet creates hugh problems all round.
It failed to avert several massive global issues.
Captures obsessive victims into constant viewing and heartache and suicide at its worse.
Cost heaps. Adds hugh costs to our banking and credit use due to user fraud and hacking. Productivity in the workplace must have the gains halved by personal usage.
Keeps us under servallience.
Now frontline workers behind the desk and everyone else stare at a screen while attending to their clients
Worse of all, the holday maker might be forced to cancel those nights in a rustic farmhouse in France because of no wi fi.
We would not be without it!