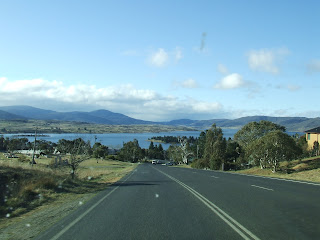 Renewable Energy Forever!  Lake Jindabyne would have a part in SnowyHydro power - the engineering project that diverts water from the alps into the inland river systems, for irrigation, for healthy rivers and at the same time generating renewable hydro power.
A series of dams, power stations and 145kms of water tunnels were built under and over an extensive area for generation and to regulate water on its downhill run.

In those hills magic tricks have been let loose to boost the snowfalls by way of cloud seeding. Small generators are strategically placed on the high country to burn and release microscopic particles into the air onto which the water in the clouds freeze and form snow flakes. Apparently it is common place.

Seeding involves the chemicals silver iodide and indium trioxide. Leglislation, research, investigation, analysis, monitoring and reporting is assured in the usual manner to rule out adverse effects. Cloud seeding will be continued and extended.
SnowyHydro foresaw a decline in snow and how winter temperatures were rising and now they report boosting snowfalls by an average 14%. More water and permanent renewable power generation, reliable irrigation and snow tourism are the aims along with sufficient water for the health of the river environments. 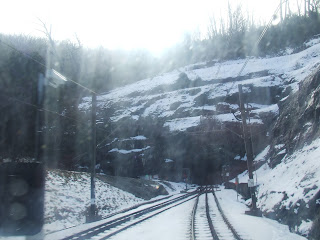