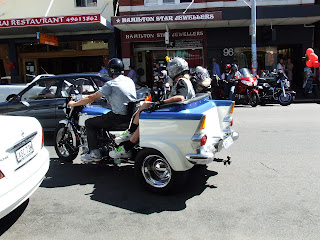 Evidence is be found that an inate spark of life is not entirely extinguished.
What about the dangerous fugitive in the wilderness who has evaded capture for several years?  Where is he?  Surviving in the tall remote forests along Thunderbolts Way.  As in Captain Thunderbolt: bushranger!
Then, an employee is said to have stolen 16 million dollars during his day job at Queensland Health. From his luxury apartment in designer suits he is said to have partied-on and identified with Tahitian royalty when, really, he hails from the land of the long white cloud.

Drawing a very long bow, camping in Barrington Tops still sound AOK? What the heck! Life is full of risk.