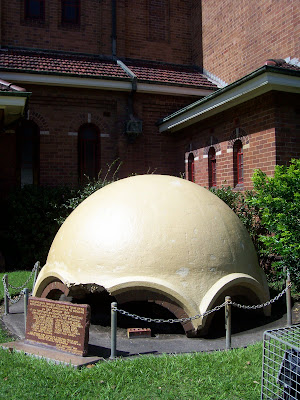 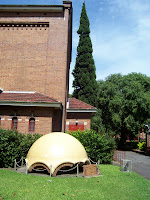 Round theme. This dome crowned the tower of the Sacred Heart Cathedral
in Hamilton and was damaged in the earthquake on 28th December
1989. It is a memorial to those who lost their lives.

The Cathedral is Inter-War Romanesque style designed to avoid
modern themes yet get away from gothic lines (Maitland &
Stafford 1997).

Gannon is at his best in this example of his work - in my eyes. The work of other architects would have been welome as Gannon had dominated that era and designed quite a number of churches which have merit in an ordinary sort of way. 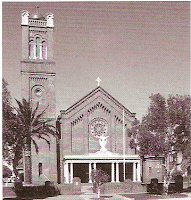 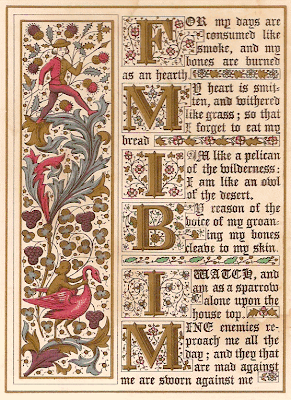 I find it very nice that the dome was kept, and as a memorial too. It's a lovely tribute.