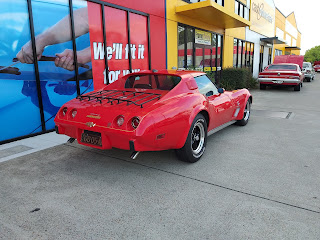 Little red Corvette.  Two classics. The Good Guys in the background.
We are unable to stand back and actually see the good guys in federal parliament in a different light. Parliament is a behemoth that busily justifies its existence, costs a fortune and interferes in our life that is bound up with state responsibilities. Health and eduction etc are ridiculously tangled up between state and federal control. We can't see the wood for the trees or would rationalise these methods. Well, that is not true as privatisation is adopted in that light so why not extend that to sort out state and federal responsibilities.
Slim intense committees alone could organise welfare and defence and taxation matters..
The role of a federal minister is so so.  A foreign minister is unceremoniously dropped.  What about the wealth of experience and negotiation matters that are lost? Counts for nothing. Two key defence roles are lost to retirement.  No matter, any fool can fill the shoes as they say. One day a minister for the River Darling the next day it is border security - whatever that is.
Despite an infinite team of advisors, often ignored, the Feds will set up a scheme for somesuch where blind Freddie could see the loopholes and aspects that will be exploited.
All this is followed with intense focus on the Federal apparatus. So much time is wasted on scrutiny. Who paid for that holiday?  Was it lawful? Who was unreasonably feisty at a senate enquiry? It is unworthy as the bee all and end all.  If Federal parliament did not exist the focus would change to State affairs and the state budget would enjoy the vast savings and perfect their services. 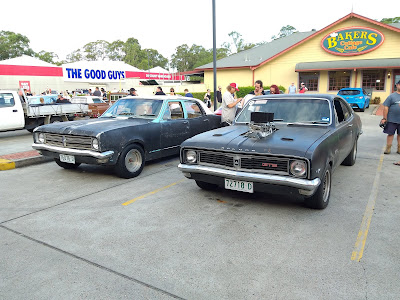 Politics can be infuriating.