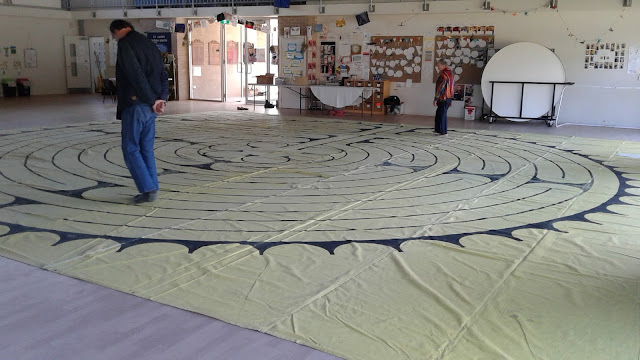 Labrinth.  The new economy is a labrinth.  Subservience and abuse of work conditions, dog eat dog methods of employment, unionism given the axe with approval by Liberal party government.  Is it all that bad?
Labour hire at the controls.  Job seekers, backpackers and new arrivals are sent to dangerous construction sites on the far side of the city to take up the reins and find a role there, English speakers or not.  We are not in the grim days of a depression, far from it, there is a building boom yet labour hire is there to get what they can out of the system at the expense of decent workplace conditions.
Loyalty and pride in work and security is not part of it.  Do it yourself workers, no responsibility is offered from hire or from the boss, no redress.
Superannuation contributions are an issue. The onus must be on the worker to follow this up on their mobile phone from the construction site.  Several years on and it is found that no super contributions have been made, Labour hire went bankrupt or so-called and no employer contributions made and it is a complex task for a labourer/worker to extract any justice. What about pay as you earn tax?
Tax and social security departments have been whittled down to bare bones and a worker who calls them has great difficulty getting beyond the long que to get a hearing.  Ombudsmen interventions and the complexities seem impossible on the end of a phone.
Those who are well paid are assured of superannuation benefits in their retirement .  It is the lower paid, less secure workers who need all the help they can get and they have no chance to legally manipulate the system to secure their old age as others do,
So, to new apartment owners, if you are unlucky, enjoy any shonky failures in the apartment, the windows that leak maybe one of the minor issues, there is the privatised officials that sign off without due regard,  remember that apartment development was based on a lot of exploitation.
Posted by julia at 3:55 pm