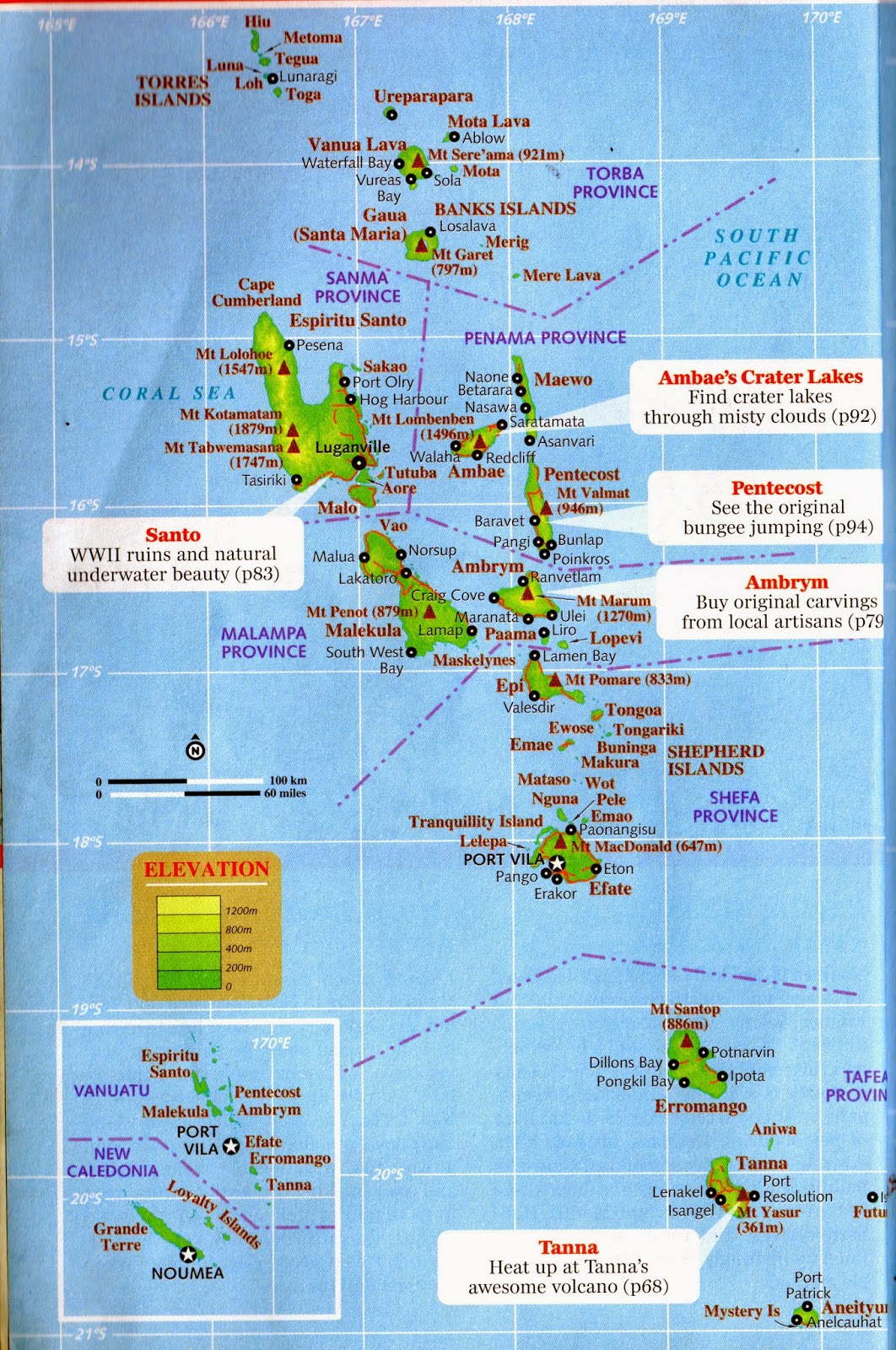 Vanuatu has been devastated by cyclone Pam.
The map is from Lonely Planet guide and shows the island kingdom.
ABC media is taking donations today, Friday.
Aid donations can be made to Oxfam, Australian Red Cross, Plan Australia, Care Australia, World Vision, UNICEF, Save the Children, Adventist Development Relief.

Other islands of the Pacific have suffered.

Vanuatu is a republic with about two and a half hundred thousand people. A small population.
Languages are Bislama and French. 40% are educated in French language schools and 60% study in English language instiutions.
In the past the Anglo-French Condominium of the New Hebrides operated there.
Independence came in 1980 amid years of unrest. Father Walther Lini was a figure there.
The famous Land Diving or bungee jumping is from the island of Pentecost.

New Caledonia/Noumea with the French connection is an island neighbour which is not usually heard about in our media.