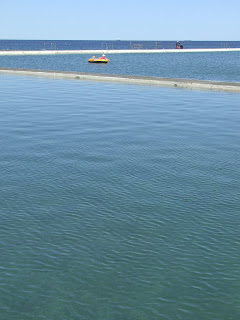 It goes without saying that it is difficult to make good policies on refugees.
But we are racists, by and large we are racists.
We hear pathetic election slogans about (refugee) boats and are using boats to win an election.  Our foremost political spin doctors are no better that Murdoch and the Daily Telegraph.

"I have a dream" anniversary and Migrant and Refugee Week are marked right now. Ironic.
ABC news states 40000 Irish came to Australia in 2011 and 2012 and 5000 settled for good. This report is not clear but it seems it is ok for the Irish or the numerous others, it is said, who overstay their visas, to escape interest and name calling.
On another point, if  you are a very "good" Australian resident of heritage this or that, great difficulty will be encountered in getting a visa for a relative to visit for a holiday or in times of serious illness. So, visitors, keep that in mind, visas are not a given and could even change for Anglo saxons and Celts in our racist nation.

Email ThisBlogThis!Share to TwitterShare to FacebookShare to Pinterest
Labels: elections