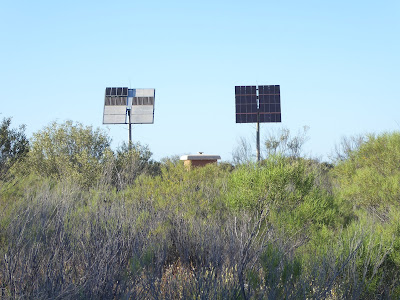 These relay communications to central Australia, every so often all along the highway. And celebrate this small scale solar power.
Anyway, this communication network could be in part to support an obscure American spy installation in the centre (began in the cold war in the sixties) or the foreign military who train in the N T such as those from Indonesia or U S.

'On ya, Senator Penny Wong, who, I heard, writes of more focus on our neighbours as well as the US in a post-Obama world.  How do we ingratiate ourselves into S E Asia?  Its not easy.