Spuds Road House, Pimba S A. And fuel tanker arrived.  Six sets of fuel tankers were seen going north that morning.  What about rail transport instead?  This is right near the road to the atomic testing township of last century.

Is Mr Trump swotting 'The West Wing' and 'House of Cards' for a crash course in presidency?
Heard on financial reports: Bipolar market with a Trump jump and a Trump dump! 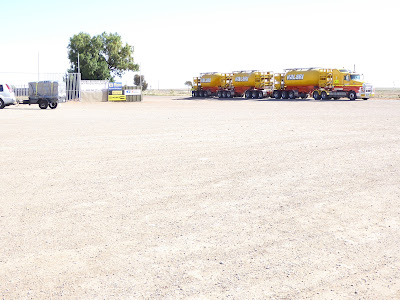