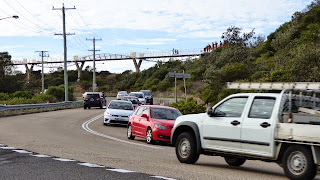 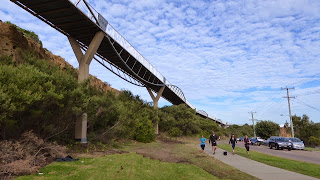 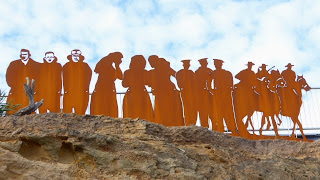 Memorial Drive sweeps down to Bar beach.
Or take the high road, a new memorial walk part of which is spanned by a high over bridge.
The wartime silhouettes are strategically placed beside the footbridge. 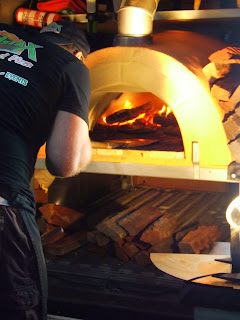 Pizza oven.  On the back of a vehicle at a festival - where else?

After hearing Dodge talk on ABC radio during his visit, about Neuro Plasticity there must be great scope for enlightening academia and other professionals.
New ideas to help those who have disabilities from stroke and injury should prompt the medical profession, nursing profession, speech pathologists, physiotherapists, psychologists, music therapists - to name a few, to take up the challenge.  But are they up for it?  Old habits die hard. How long will it take to filter through their neural networks? networks? no, silos.
Posted by julia at 12:33 pm No comments: 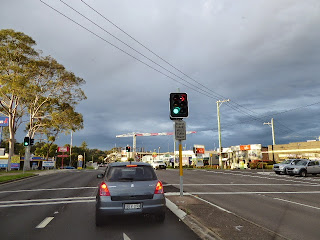 Storm clouds.  The global community is very slow to react to the size of the movement of displaced people.  Perhaps there is no precedent. The grand narrative has not hit home.
No priority is given to a concerted effort to ease this world shattering problem.
Our government is immune to the bigger picture  and is inhuman, colonial, patronizing and mean like all of us. 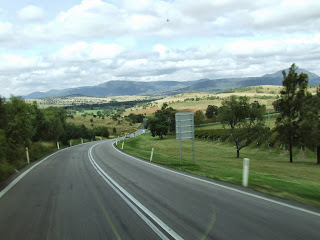 When traffic is light, cruise the Golden highway, roll along over hills and dales for a very pleasant drive from the nor'west into the Hunter valley past dairy farm, horse stud and coal mines.  Other times, unfortunate road accidents have occurred. 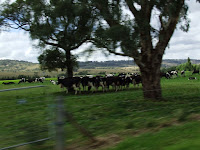 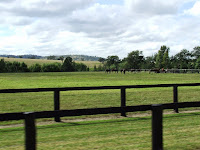 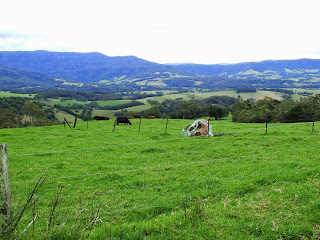 Surely the government does not fool any of us about the budget.
Their patronizing and insincere approach it too much to bear as they toy with the incidentals just to save their own skin and to get around mention of their deficit.
Small business grants are just a decoy

To rave on about payments made to new mothers, rave about how fair the payments are and limit the payments is very very odd while ever, for instance, the big end of town is assisted, even applauded in accumulating great wealth thru over generous taxation arrangements. 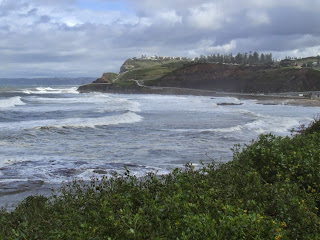 Budget 2015 is pathetic.Must it be all or nothing after the failure of 2014?   After all the dire talk of deficit and trouble.
Ideology is the rule rather than the greater good  - according to my limited understanding.
Possibly the real punishment will be in the funding of the states and which was not obvious in last night's budget 101. 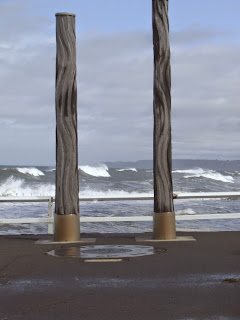 What's the goal?
What has happened to the hefty bonus due to Newcastle?  The port was leased out and made money.
Who knows?  I need to read media more often.
Local is where it is all at but federal affairs gain too much attention and it is not warranted at all.

Love and hate our milieu.
By and large life is great and so easy for many of us, of course nothing rules out all existential angst.
But what about dreaded matters?
Unemployment, refugees kept imprisoned, productivity,
reduction of foreign aid,
zero nil absent climate change policy,
threats to universal health care, productivity,
anti-intellectualism, productivity and involvement in the middle east struggle. 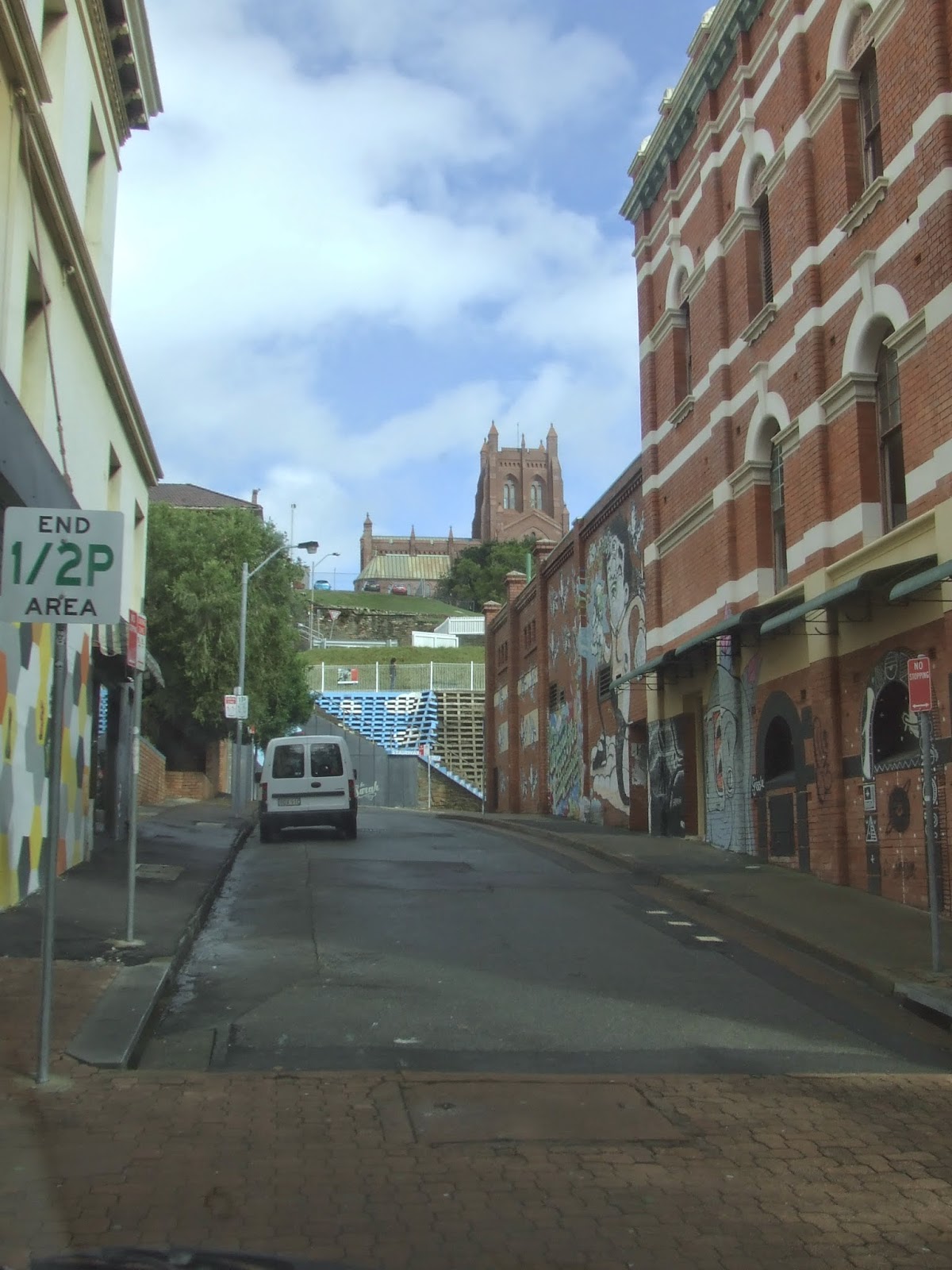 SBS TV.  Struggle Street, the doco, is it? The truth hurts about our community in the lucky country. More on next Wednesday unless halted by rioting bogans, westies citizens. I call myself a bogan sometimes.

Frivolous, but fans will need to be up very early to vote live (the tyranny of distance) for Euro Vision.  Round 20, 22, 24 May from Vienna on SBS TV.
Hear stuff on SBS 4  radio in the meantime.
Be in it!!
Was any Aboriginal pop group considered as the Aussie entry? In their mother tongue, nothing else but.
Good luck to our entry, hope it is much more than safe and conventional. How is our creativity measuring up?

Right now, the First lady is doing very well in a Sesame Street appearance, promoting breakfast eating. Take heed. Of course, the TV in on for some children!
Posted by julia at 12:29 pm No comments: 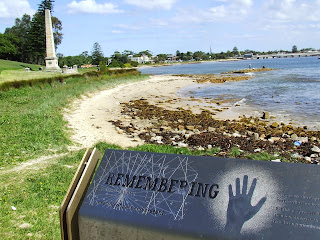 Who was Charlotte Rose?  Our tabby cat. We don't have a cat now days.
Charlotte arrived at the time of the Bicentenary and was named after the ship in the first fleet.

The good ship, Charlotte, a fully rigged sailer, launched 1787, sailed for Botany bay in May of that year as part of an impressive saga when the first fleet took on the southern oceans, eleven ships, staff, convicts and supplies.
Firstly, crossing the Atlantic the fleet stayed in Rio for a month to clean up the dreadful conditions on board and to restock.
Then westerlies took them to the other side of the Atlantic to Cape Town in Oct 1787 to take on livestock and stores.
From there it was into the Roaring Forties for a very challenging run to Australia and Botany Bay (pictured) Jan 1788, to set up a colony after a 252 day voyage.
After several months, the ship Charlotte sailed for China to carry tea for the East India company. Later she took up a London to Jamaica run then was lost off Newfoundland in 1818.

Sail on Sydney harbour on the ferry, Charlotte, as eleven ferries were named after the first fleet ships.

A Charlotte medal, commemorating the voyage, was made by a convict forger on the first fleet, using improvised material to create the first work of Australian colonial art and is in fine style now owned by Australian National Maritime Museum.     Information thanks to Wikipedia.

Email ThisBlogThis!Share to TwitterShare to FacebookShare to Pinterest
Labels: history 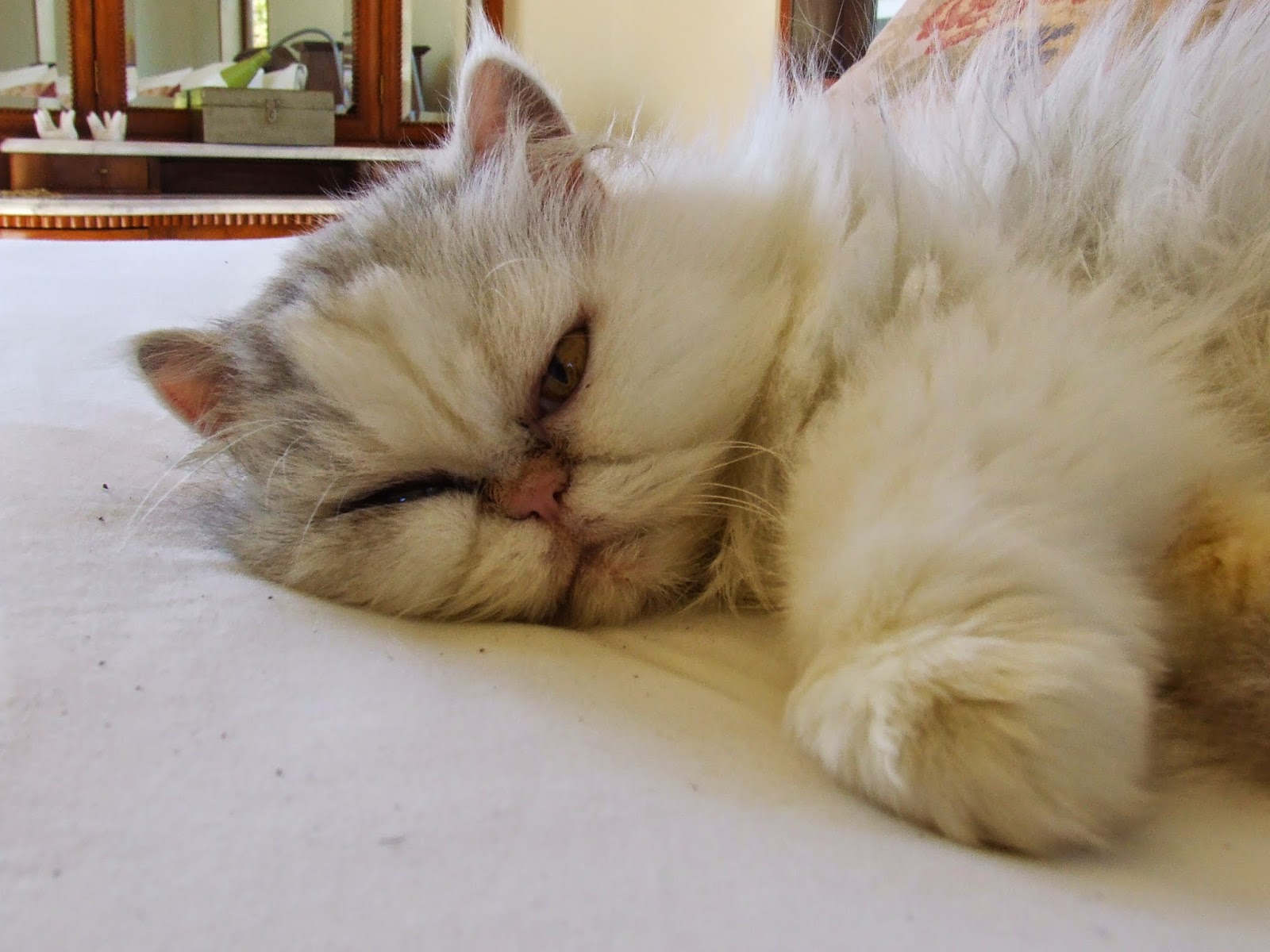 If it's good enough for the royals.  Newborn dressed in a bonnet -  yes bonnet - and a white SHAWL.
Newborns are taken shopping or wherever quite uncovered, flung over the parents arm and exposed to the elements.  It wouldn't go astray to be  protected from bugs and say, the tragedy of whooping cough.
A few months on the baby is covered up, usually in long trousers, jeans or ubiquitous leggings.
William is never seen in clothes more suitable for adults. There is a time for childhood. How else is a Boris Johnson persona produced?
These words are heresy, against the tide. But I am not a royalist, support vaccinations and am against mollycoddling an offspring.
Posted by julia at 12:07 pm No comments: 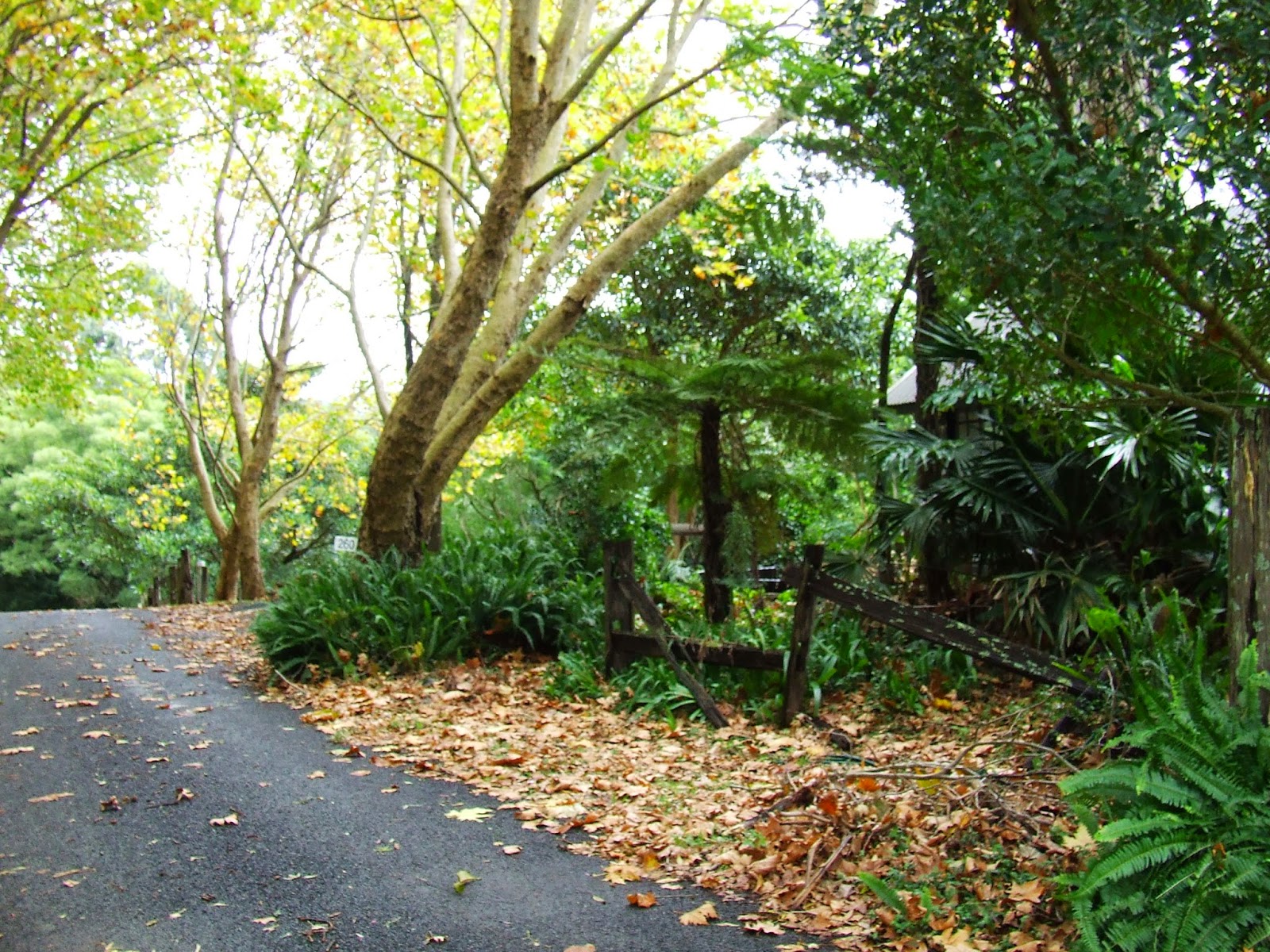 Post-apocalyptic hide away.  Then further along and higher on the road less travelled. 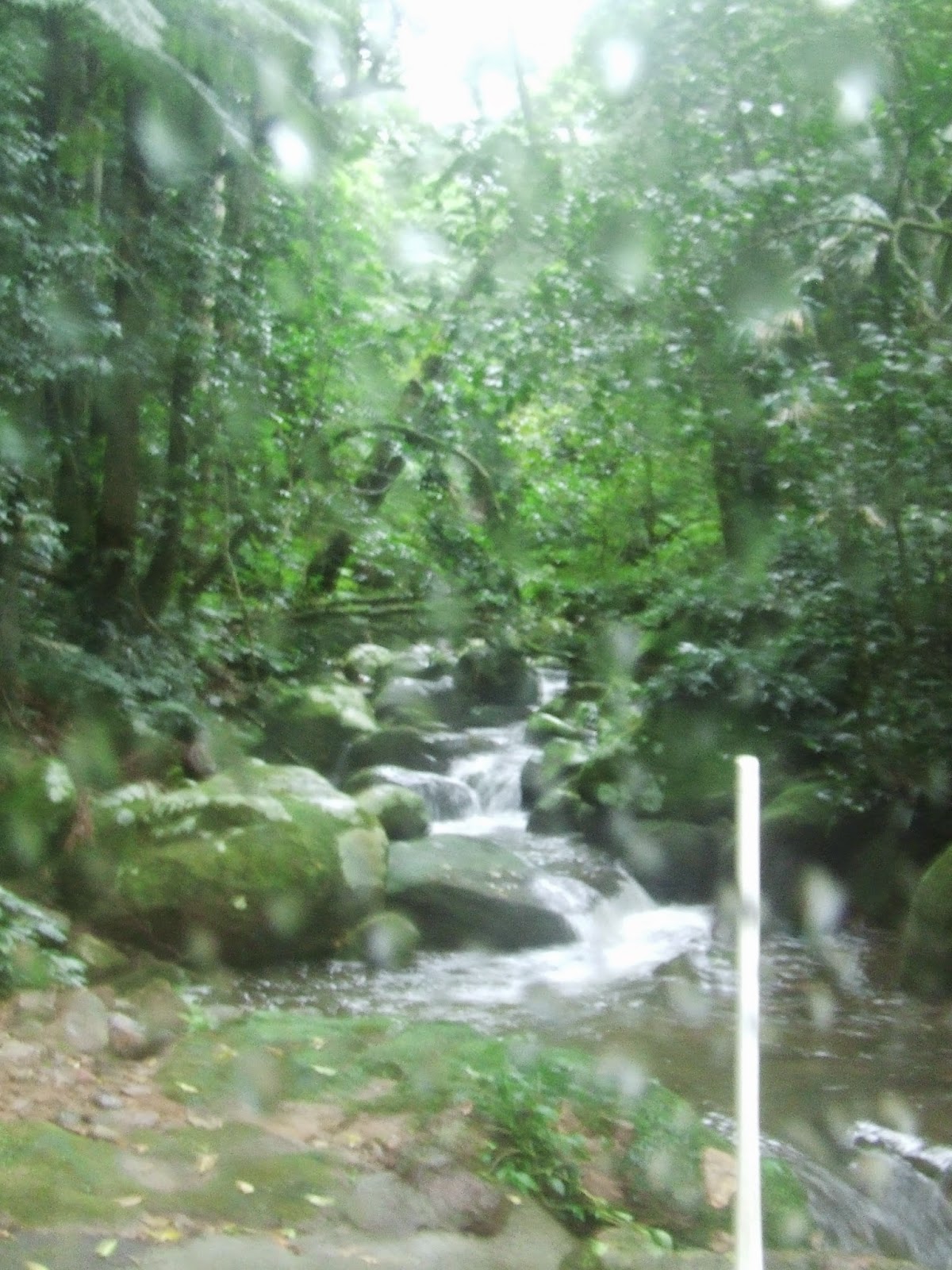 Email ThisBlogThis!Share to TwitterShare to FacebookShare to Pinterest
Labels: pastorale 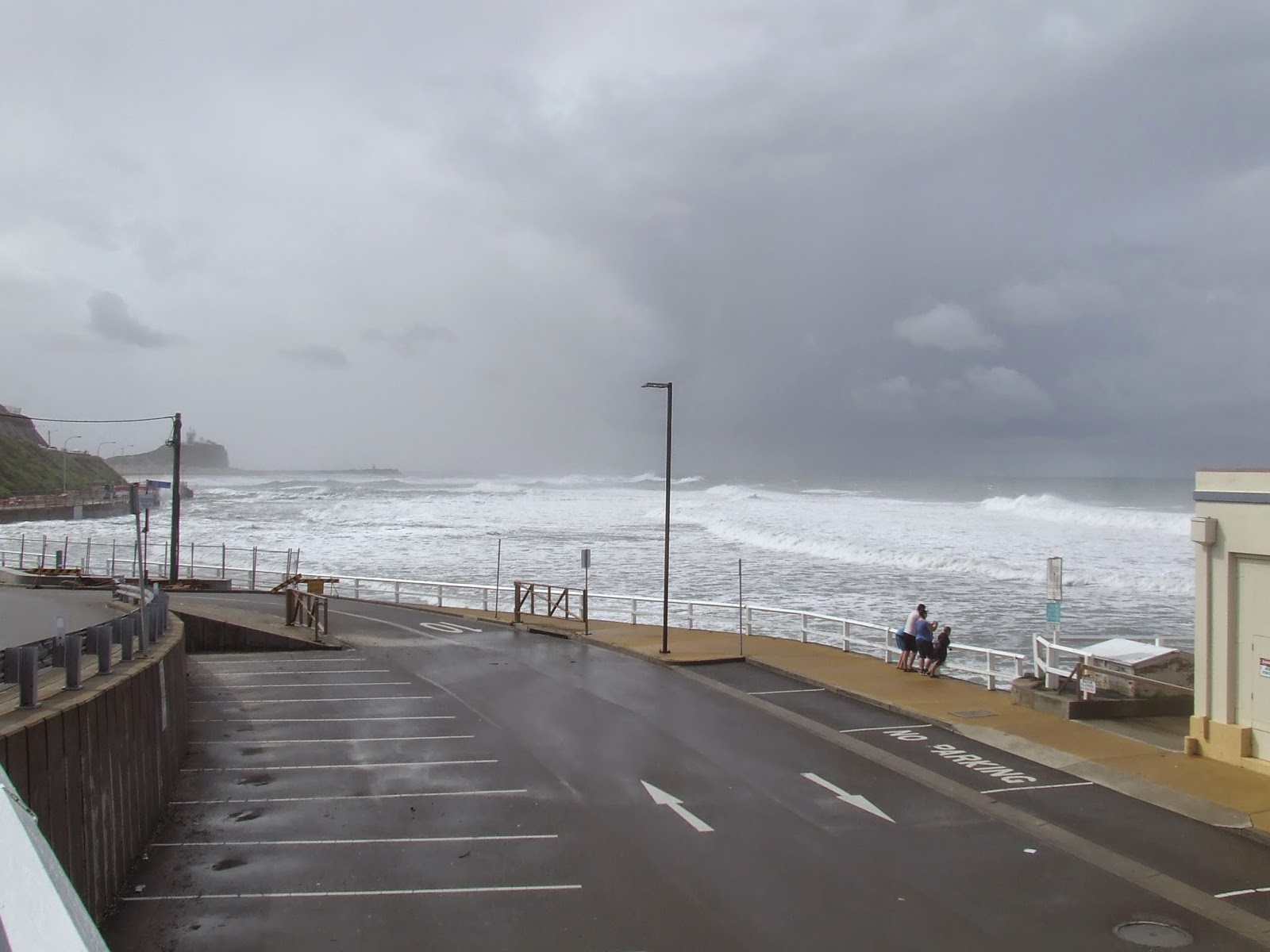 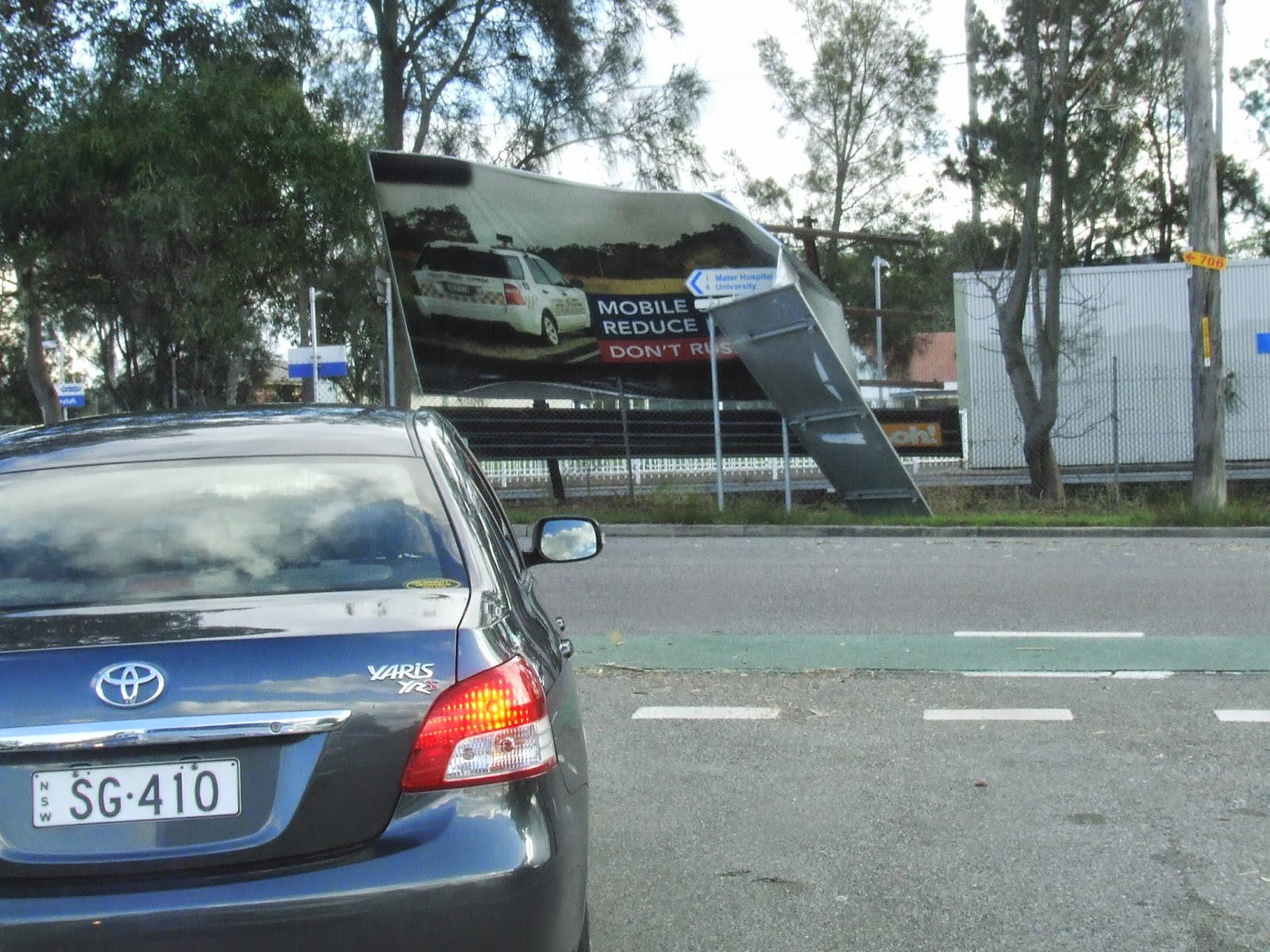 When stormy weather was subsiding last week.  Billboards and signs took a beating.
A hugh effort still took over a week to restore all power supplies so widespread was the damage.
I guess we are fortunate that this incident occurred before privatisation went ahead or was it a bigger effort to make sure all was ready for that day? Now there is talk of controls and cheaper electricity.  Obviously all this electricity business is not clear to me.