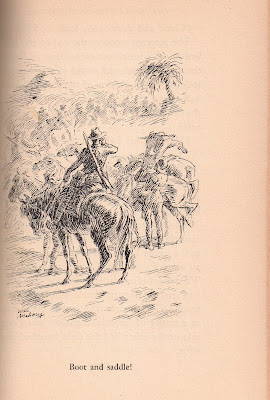 Beersheba and the first world war and one of the last large cavalry charges, is honoured today at its centenary with an enactment in the Middle East.


....an order was given; one unheard before in military history. Cavalry were to be sent against infantry who were well entrenched, supported by machine guns and covered by artillery. The 4th and 12th Regiments of Light Horse were ordered to charge.....


Drawings from a little old copy of The Wells of Beersheba by Frank Dalby Davison with illustrations by Will Mahony, 1947.
Horses, said to be from all corners of our land, were shipped out for an alarming cruel long desert march to a battle front that put everything at risk. 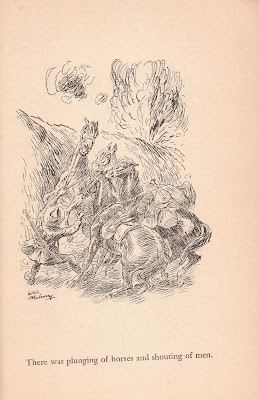