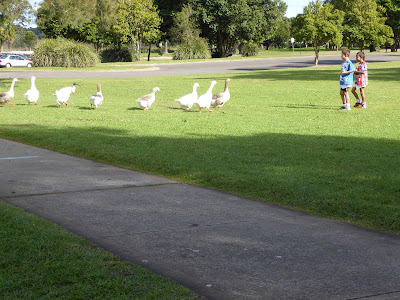 March for Science.
My young relatives have been offered a reward to try a few little science experiments.  It takes more than giving a science set. Will a reward stimulate interest?  How much experiment is enough first up? How does interest continue?
Studies about the behaviour of the learner look at the question of rewards but who knows as in my case the 'message' might get through when it is of immediate relevance and rewards were not on my agenda at the time.
One hears (on ABC RN) about the young post graduate who ventures out into a remote national park or the swamps, (rather wet lands) in order to trap an endangered field mouse, study pollution or methane or some such all of which probably takes initiative, independence and flexibility or slight obsession.
How can youngsters who are raised in urban surroundings be inspired to widen their horizons so as to undertake anything scientific or out of the ordinary or 'get their hands dirty'? Will they in turn take to the fields and swamps and that's not Trump's swamp.
However, field work is probably a phase after which there will be a return to conformity, a search for funds and toeing the line in a university which means a narrow urban up bring could be pretty suitable after all.

It's important for city kids to be exposed regularly to the outdoors, and to learn respect for nature. Some of their elders, it's too late for them.