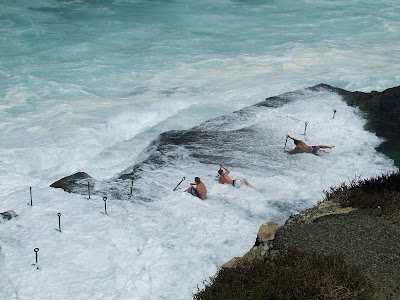 When the beach is closed because of dangerous surf there's always the Bogey Hole instead in the rock platform below the cliffs. Heavy surf yesterday pounded the rocks and it wasn't even high tide. The power was awesome; the treacherous water inviting. 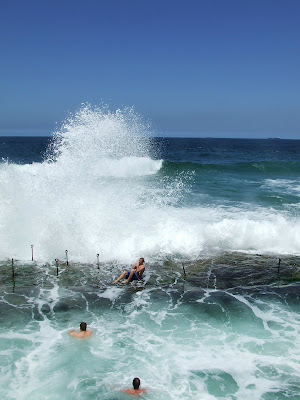 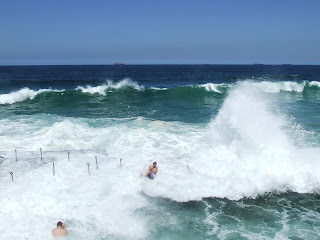 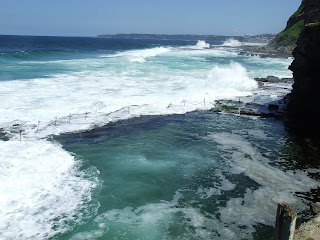 Above: the southern end of the old pool. Some parts of our environment are almost permanent. The pool was built about 1820. 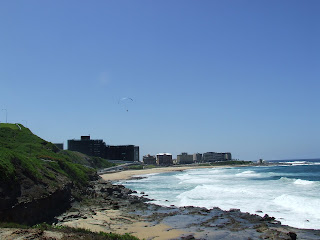 To the north: Newcastle 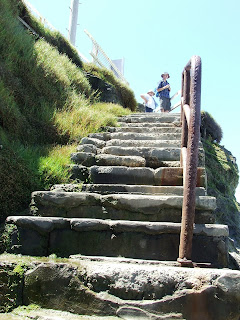 In the steps of Major James Thomas Morisset who had the pool cut out of the rocks by convicts around 1820 . It was know as the Commandant's Bath for James' personal use. 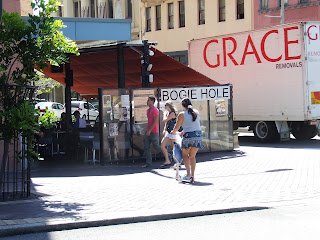 After swimming, kick-back at the Bogie Hole Coffee Lounge corner of Hunter and Pacific street, where else?.

Hi Julia, here I am trying to recapture your last posts on my weekly visit! Great shots of the rough sea; it doesn't seem that comfortable even in the pools...
Also loved to see the Regal cinema and the New Year celebrations (quite colourful...)!
Thanks for your comments at Blogtrotter, where I’m still strolling around the streets of Sofia.
Have a great weekend!
Gil

Ohhh, Julia! What surf! Sure looks a bit dangerous for sure.

I remember this place well when we were kids we would head down here... they were the days... miss the places of my youth...