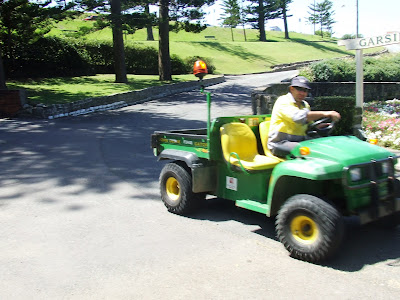 King Edward Park has a steep and winding road. Here is the gardener (driving a 'Gator) imagining he is in a hill climb event. The Car Club does have an annual Hill climb with cars sliding around here or close to the edge of the cliffs. Most other days it is peaceful. The public has limited car access to this fun drive now that too many fears are held about safety. Some boulders get loose at times.
Horse shoe bend (and sunken garden) was formed by convicts in the time of Major Morisset who probably wanted a path to his swimming pool which is close by and was mentioned in the previous post but the historian, Goold (1981) described it as the first attempt at beautification in the settlement. The park is also the scene of outdoor movie evenings. 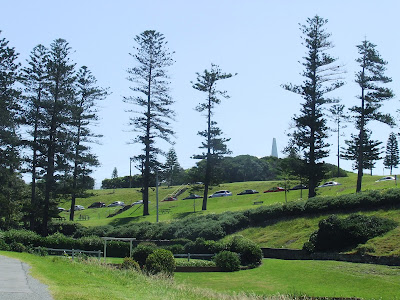 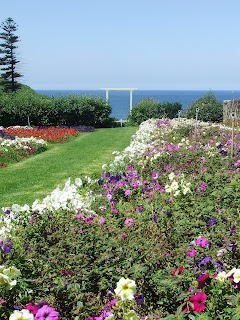