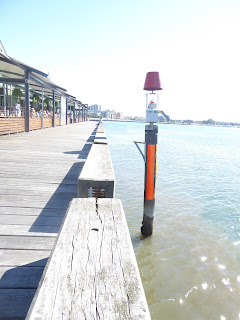 It wasn't all that long ago that the wharves, instead of diners, had cargo and labourers unloading 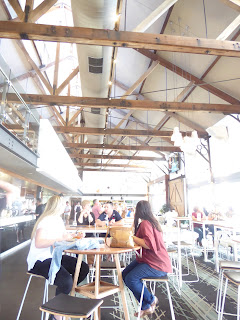 the ships which had dark holds and cranes and stuff everywhere. The storage buildings of which two remain have been adapted.  Honeysuckle Hotel is in one and a Marine museum in the other.
Posted by julia at 8:21 am

Email ThisBlogThis!Share to TwitterShare to FacebookShare to Pinterest
Labels: Port of Newcastle

Quite a difference time makes.