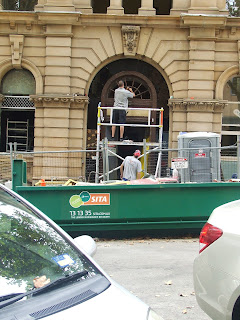 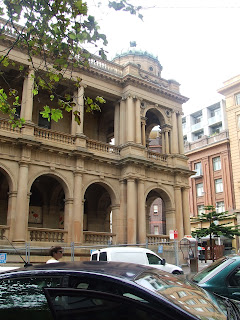 In Bolton Street, to the rear of the unused venerable old post office things are looking up and renovations are under way.  Hope the workers are under control and know what they are doing when it comes to an old building.


Politicians fail to get their message across loud and clear. With more media than ever, they could be more successful that way and overcome certain gaps in the media.
I am unable to analyse what politicans do and say, but often hear them straight from the horses mouth in interview and in parliament.

The public give ten second grabs where they describe various aspects that do not sound anything like the MPs that I have actually seen and heard.  Is it really the same person?
Do people recite what they read in newspapers, particularly the polarised and climate change denying press or is this overestimating its influence?
Democracy is clunky and we are ill informed.  MPs could take up the challenge and sell their policies much more effectively and attempt to explain and justify the complexities.
Posted by julia at 10:24 am

Email ThisBlogThis!Share to TwitterShare to FacebookShare to Pinterest
Labels: heritage