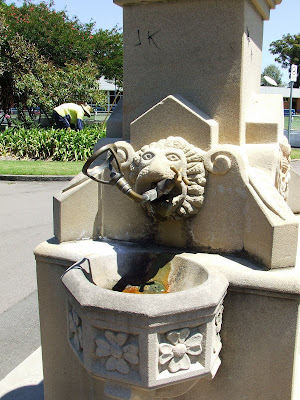 Today is World Water Day proclaimed by the UN (and reported in The Sun-Herald).
Have free drinks of Adam's ale at the above old monument in Gregson Park although the plumbing is not very flattering at all. If you are brave enough to drink water from there it leaves no pollution at all unlike bottled water. Some facs:

Global bottled water consumption grew 6% to 206 billion litres in 2007 according to a 2008 report from leading drinks consultancy Zenith International
Increasing demand for pure water in new markets countered any slight drop in bottled water consumption from a wet summer in Europe.
The report showed that consumption increased by 1.4 litres per person on 2006 figures, meaning that, globally we each consumed 30.8 litres in 2007.
Australian consumers have been slower to embrace bottled water, but it has been one of the fastest growing drinks over the last 6 years. Aussies buy about 12 litres per person per year and this has grown by about 10% a year. However, we will take a few years to catch up with the Italians who consume 200 litres a year each.
In spite of recent negative media reports, Zenith predicts bottled water consumption will rise a further 32% to 272 billion litres in 2012. 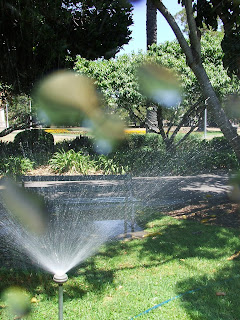 Dang, I miss Gregson Park. What I wouldn't give for a schooner of New and some bowls.