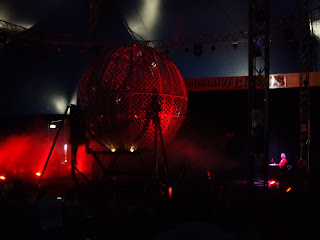 Heath Ledger Oscar Winner. Low budget Australian movies are often my favourites. Heath Ledger was in one of these: Two Hands with Rose Byrne. And there were others.
And hasn't Hollywood ever seen a Bollywood-type movie before the latest hoo-ha? Great movies.

Blackrock (1997) was a movie that starred Heath and it has a harsh Newcastle connection with Stockton beach and our surf culture. The 'inspiration for the story was the rape and murder of a Newcastle teenager, Leigh, after a surf party in 1991. One party, one witness, no one's talking. Screen and stage play by Nick Enright. (The real life case was long and controversial.)

Is the Joker a metaphor for the bizarre aspects of the high-flying movie world?
Vale Heath Ledger.
Posted by julia at 2:44 pm