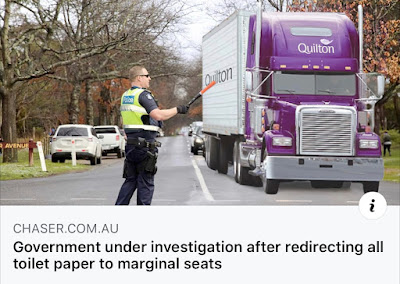 Mr Morrison talks and talks such as in todays pronouncements which didnt say anything new at all and took ages to cover. Same old lines...treasury success (at whose cost?)...superior to the previous government ad naus... (despite our survival of the GFC)
Mr Frydenberg has totally mastered the art of never answering a question in an interview. Both of them force me to switch off.
The darn surplus we were meant to have.

Politicians of many stripes can be frustrating.