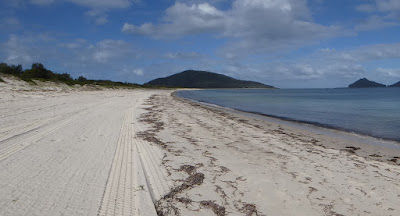 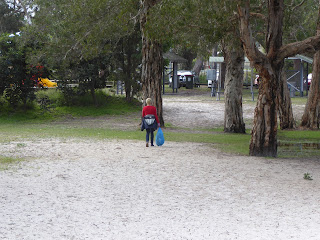 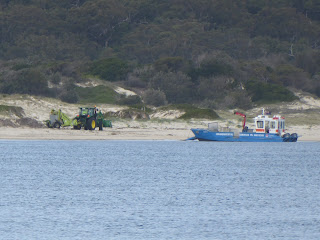 Yesterday, an unusually calm mostly warm sunny day, Jimmys Beach, north of Newcastle, inside headlands of Nelson Bay, was free of gross piles of items that had washed overboard when 83 containers fell off a ship.  The opposite northern beachface was also clear.  Other beaches have problems.
Clean-up of a range of plastic products had taken place and work was in progress in the distance close to the headland..  Several people were making their own offort  to pick up mini items of plastic.  There was littering at the extreme high tide mark I was told.
In the opposite direction, beach erosion was up to the edge of the street in a couple of places.  Development is too close to the beach.
Plastic ware degrades into unseen micro pieces and is an extreme problem for our ocean environment and marine life and down the food chain affecting animals and humans.
Fishing boats can snag their nets on a container making for a dangerous situation.  They would rely on sonar.  The position of the containers may be 'charted' by the navy.

One would hope there'd be charges for negligence to the ship crew, but particularly its owners, for that.