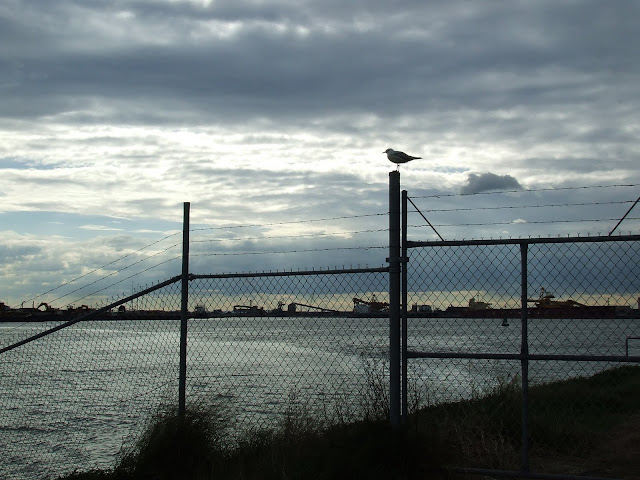 Silver Gulls are the most familiar of Australian gulls and surprisingly, are distributed almost over the entire continent -  more abundantly in coastal zones - as was suspected.

Very small young gulls are never seen in the flocks around our popular beaches but imature gulls with brownish beaks and blackish legs are in fact there among them. The grown-ups have scarlet beaks and legs (of course, both have additional markings).
Breeding colonies are a mystery but are found on offshore islands and larger fresh or saline lakes and lagoons; at other times round most types of water, coastal or inland, sewage farms, rubbish tips or playing fields according to Birds of Australia by Flegg and Longmore..
Posted by julia at 12:13 pm