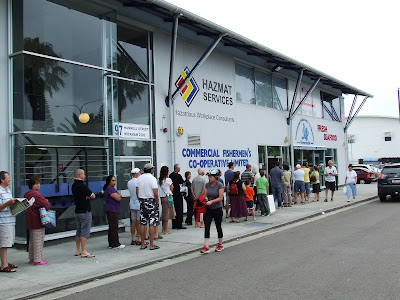 Although it was early on Christmas Eve a long line was waiting to buy seafoods.
I took some photos and decided not to wait but go to another shop which had a small queue but found it only took cash so some of us went to the ATM nearby but it proved to be out of action. On returning to the neighbourhood supermarket a few k's away, which was ultra-busy, a queue had formed at the seafood counter there but thankfully, service was fairly fast. It will be a fishy Christmas along with other mainstays and other indulgences. Happy Christmas!! 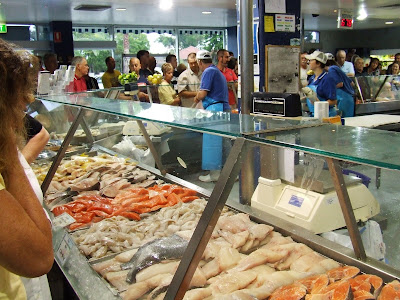